Welcome to the Science of a Better You!™

We first discovered the power of Infrared Saunas while looking for a way to get healthy and stay healthy. After a year of testing and regular use with remarkable results, we decided to share this technology with the masses by opening the first 3 Degrees® Infrared Sauna Studio. Since then and through the development of different studios over the years, we’ve continued to evolve our unique concept while igniting a whole new trend in the wellness industry.

Due to the growing awareness, demand, and popularity of Infrared therapy, we are expanding our concept nationally. We are excited to share this remarkable experience with all of our franchisees and each and every one of their valued guests. 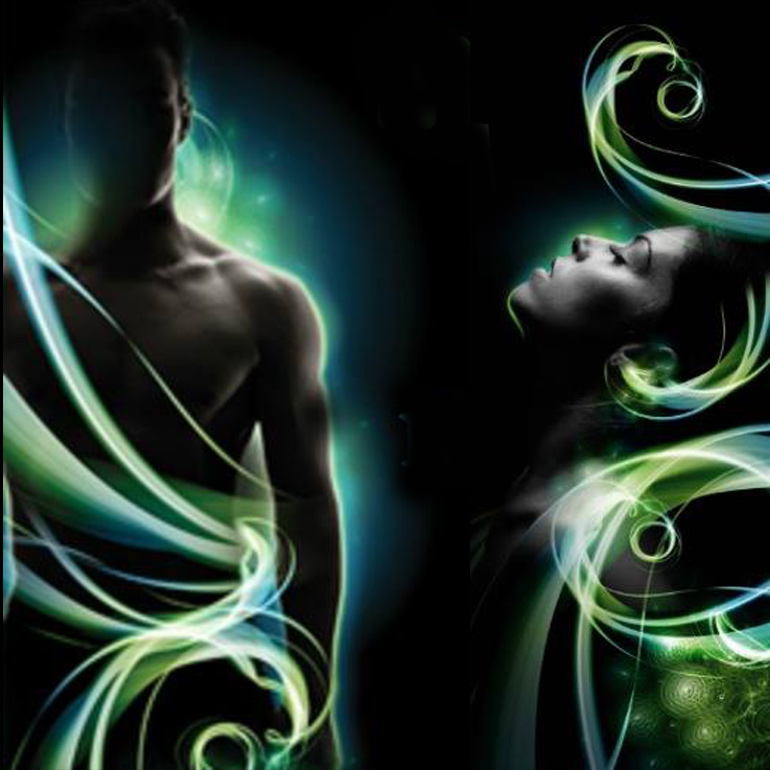 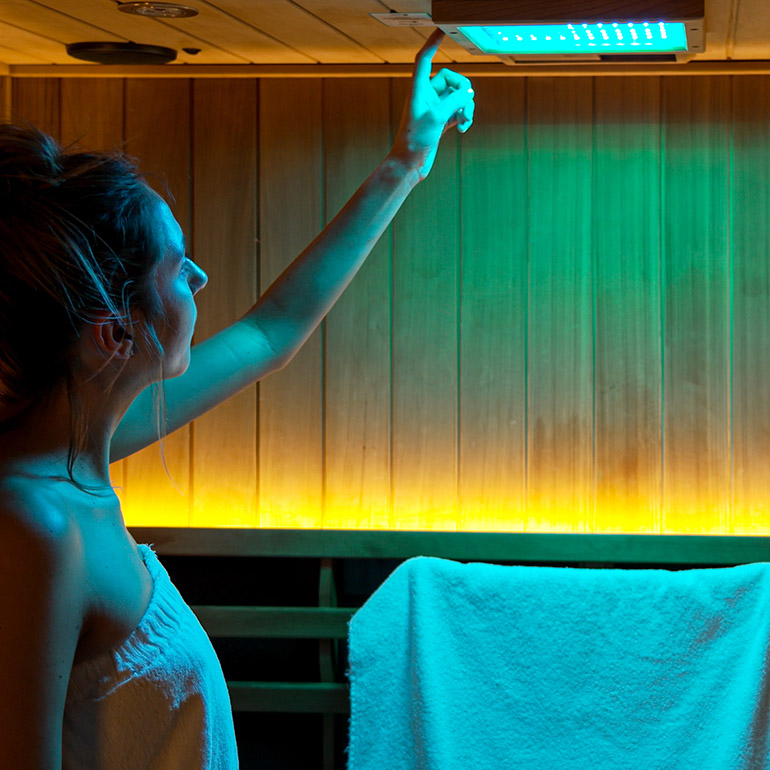 To be the leading infrared sauna company in the country. Bringing awareness that the unique design of the human body coupled with science at a cellular level can provide physical and mental health for a lifetime.

To inspire physical and mental health coupled with natural science as a way of life. 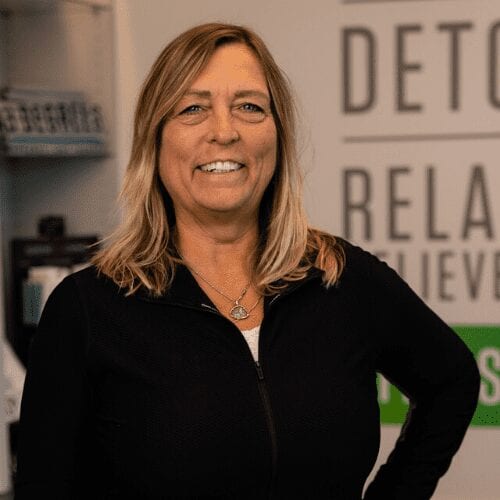 “I think people are the key to everything in life; not things and possessions. Although, with those things, we can be more generous and of service to more people. As a woman of God, I believe Faith is very important. Our family motto is, ‘Trust the Lord with all your heart and do not depend on our own understanding. Seek His will in all you do, and He will direct your paths.’ Proverbs 3:5-6. My philosophy is, ‘We make a living by what we get, but we make a life by what we give.”

Penny’s career in franchising began at the age of 15 with Taco John’s in Sioux Falls, SD. By the age of 17, she was a Supervisor and by 20, a Manager. Both locations that she managed became the number one unit of the entire chain under her management. She soon became a District Manager of nine locations that were consistently in the Top 10 of the chain.

She became a Managing Partner of five locations for nearly forty-five years, and still has one very successful location to this day. She also owned and been the Operating Partner of Auntie Anne’s franchise for fifteen years and a Villa Pizza for ten years, both of which were top stores in their chains.

Penny quickly learned how to lead and develop successful teams, and how to nurture individuals as well. She also learned how to build a loyal customer base, build sales and control the bottom line, about the value of quality in every area, about the importance of policies, inspectors, costs, profit and loss, projections, human resources, building, leasing/buying land, construction, and overall business structure.

She learned every detail of what makes a successful business work and how to be creative to succeed even through a recession. She put interviewing and hiring processes in place that put her companies at the forefront of hiring the best people. Penny gained and maintains a stellar reputation for credibility. Anyone who knows her knows that if she says she’s going to do something, it gets done! Her personal mantra that she chose many, many years ago and has served her beautifully is, “Who do I want to be when this is all over?”, and she bases her final decisions on the answer to that one question.

Penny has a passion for mentoring men and women who aspire to be business owners themselves. Individuals who work with Penny know that success is theirs for the taking if they have the ability and they’re willing to work for what they want because she will make sure she clears the path to success for them. No one knows this better than her children who also needed to prove themselves in order to work with Penny and her husband and business partner, Daryl. Her daughter, Tiffany, has more than proven herself and is now Penny’s partner in 3Degrees®. Together, they are operating the most elite infrared sauna franchise in the country of which you are now also an elite member! 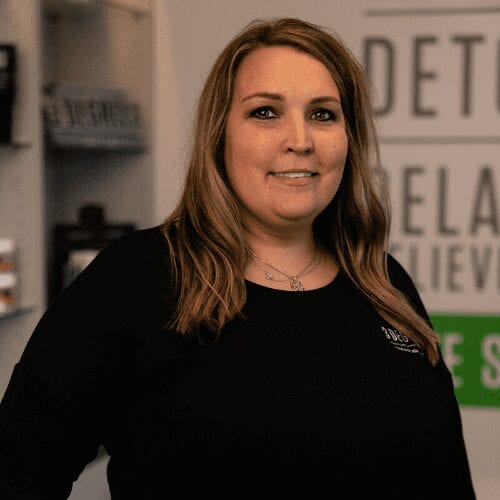 “This is the most fulfilling business I have ever been in. I am very confident in the success of our model and franchisees!”

Tiffany grew up in a family of entrepreneurs all of her life. She was filling sauce and stocking cups for her mom’s franchises since she could walk. She always knew to always wash her hands before touching anything, to clean up after a project, and to always be organized. She also knew by the time she was ten how much a taco cost and why it had to be marked up

One very important lesson that has always stuck with her is that you need to have more money coming in than going out so don’t waste anything! At family meals she would sit and listen and learn from her parents as they discussed every aspect of business and the people and how to work with others. She is well versed in the importance of confidentiality and most importantly, that everything she did or said either added to or detracted from her credibility and integrity which would be the most valuable things she would ever possess. And of course, she would always ask herself her mom’s famous question, “Who do I want to be when this is all over?”

Tiffany graduated from Creighton University in Omaha, NE with a degree in 2009. Upon graduation, she decided to join her family’s Auntie Anne’s business back in Sioux Falls, SD. It was tough being the boss’ daughter and was put through the ringer but came out on top when she replaced the entire crew and took the store to one of the top locations in the chain. She did this by working 60-hour weeks, nights, weekends. A few years in, the family purchased a Villa Pizza franchise which Tiffany then managed by once again hiring a first-rate crew and implementing the operational skills she had been honing all of her life.

At this juncture she also learned what it was to work with the franchisor and about the agencies that influence and have a say in a business and how to best work with them. The store became more profitable than it had ever been and the family was able to sell it for a premium price. Tiffany’s tenure running both Auntie Anne’s and Villa Pizza taught her about being on the front line of a business, about advertising, hiring crews, food costs, and creative managing. She really learned the value of delegation, developing people, and balancing her life.

When Tiffany decided that she wanted to start a family she knew that she needed something with somewhat more family-friendly hours than the food industry had to offer. This is when Tiffany and Penny researched, found, and purchased what was destined to become 3Degrees®. It was a phenomenal business model and idea with mountains of kinks to work out. Tiffany and Penny diligently went to work trudging through learning a completely new business than either of them had ever experienced. They had to figure out vendors, equipment, layout, marketing, HR, products, and pricing.

Being true partners, Penny and Tiffany balanced on another out as they maneuvered the 3Degrees® learning curve; what made Penny nervous didn’t hinder Tiffany and Penny had the answers for whatever unnerved Tiffany.

Own Your Own Franchise.